My husband scrolled through Facebook last night and stopped at side-by-side photos of a couple on a motorcycle, one taken when they first married, the other 60 years later on the same bike. The woman highlighted the similarity between marriage and motorcycles–with both you just keep holding on.

Jerry’s mother often rode with his father. She could even sleep leaning against her husband’s back on long rides. That idea makes me shudder. I could never relax that much. For a time I enjoyed hanging on to my husband on short jaunts up the McKenzie River, but that was before I had children at home and felt I was risking leaving them motherless. And being printed up in the Register-Guard as Foolish Mom of the Year. 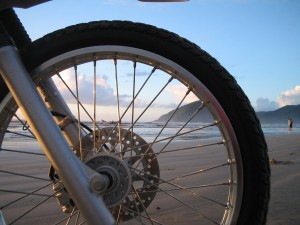 Some things are important to hang on to

With a sparkle in his eye Jerry reminded me of a photo of me sitting on his motorcycle, posing with his helmet in front of my large pregnant belly, and would I be willing to look for it so he could upload it to Facebook?

I have hundreds of photos and since my little girl took her first steps years ago, most have not seen the light of day. Before, I had carefully arranged our family memories in photo albums, but since then I’ve failed to keep them current. Many of them should be culled, awful prints that were taken when you couldn’t preview photos before paying for them (and therefore difficult for me to throw away).

The pregnant Kathy on a motorcycle image is now stored in the For Family Eyes Only file.

Letting the past go

“I want to know Christ – yes, to know the power of his resurrection and participation in his sufferings, becoming like him in his death, and so, somehow, attaining to the resurrection from the dead. Not that I have already obtained all this, or have already arrived at my goal, but I press on to take hold of that for which Christ Jesus took hold of me. Brothers and sisters, I do not consider myself yet to have taken hold of it. But one thing I do: Forgetting what is behind and straining toward what is ahead, I press on toward the goal to win the prize for which God has called me heavenward in Christ Jesus” (Philippians 3:10-14 ESV).

I won’t be overly concerned about how my pregnant belly looks in the motorcycle photo, or what others think about my choices now. Instead, I will “press on to take hold of that for which Christ Jesus took hold of me.” And I’ll forget what is behind and strain toward what is ahead, to the prize that is most worthy of my attention, participating in life with Jesus.

With my focus adjusted I should be able to get the photos in order, don’t you think?

Kathy Sheldon Davis is a contributing author of Jesus Talked to Me Today - True Stories of Children's Encounters with Angels, Miracles, and God. Available at Amazon.com and Barnes & Noble.

Four devotionals by Kathy Sheldon Davis appear in this issue 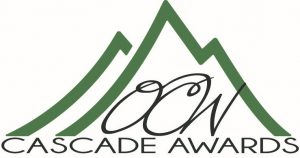