I’m not sure when I stopped raising my voice. As a child, I’d holler and romp around the neighborhood, climbing trees to yodel like Tarzan. And there was delight in screaming for joy when we played tag.

At church I’d stand in front of the congregation singing with my family in our three-part harmonies. But for some reason, by the time I reached my teens I refused to be heard.

Years later I was buried in a crowd of mostly teenagers in Noel Campbell’s living room waiting for the Bible study to start. The friend who brought me was chatty and friendly. I was scared speechless.

People pressed in around me, so tight that I had to lift my knees, giving up my cross-legged position on the bare floor. But I tolerated it, longing to feed the hungering in my soul and relishing the idea that many there felt the same way.

The hardest part was the singing

Though I wouldn’t allow anyone to hear my voice, I loved the worship songs – the guitarist plunking away, the kids swaying or clapping with the beat. One of our favorites came from a psalm.

“I will sing of the mercies of the Lord forever; with my mouth I will make known your faithfulness through all generations” (Psalm 89:1 KJV).

I knew I had to raise my voice if I were to grow in my faith, but that didn’t mean anyone had to hear me sing. It just wasn’t safe. I might make mistakes and look stupid. I justified it by putting a righteous face on it, saying I sang “only for Jesus.”

But I knew he wanted me to be heard. How else would I make his faithfulness known to all generations?

I started by humming, but that didn’t look right when others were moving their lips so I sang softly. I encouraged myself that it was OK if no one ever heard me, but then I risked myself a little more, then a little more. All for the goal of giving him my best.

Here’s a portion of a longer quote I mentioned in a previous post.

“Until one is committed, there is hesitancy, the chance to draw back, always ineffectiveness. Concerning all acts of initiative (and creation), there is one elementary truth, the ignorance of which kills countless ideas and splendid plans: that the moment one definitely commits oneself, then Providence moves too. All sorts of things occur to help one that would never otherwise have occurred.” – William Hutchison Murray

Remember in the book of Genesis that God called Moses to lead the people out of bondage? Moses obeyed and got them to the banks of the Red Sea, but the waters didn’t open up for them until after he got his feet wet.

My song became precious once again

The best thing I could give my children was the recognition of God’s presence with us, so as I rocked them, played with them, held them, and bathed them, I sang his praises. I hoped to demonstrate worship in everything I did, so that future generations may know of God’s love and mercy.

How sweet to hear my little son on the front steps singing one afternoon. Since he was alone, I knew his brothers had probably run off without him. He sang, comforting himself with words and a tune he made up himself.

He hated being left behind but when I asked him how he was doing, he answered, “It’s OK, Mama. Jesus is always with me.” That’s when I knew the next generation had a pretty good start, and that my voice was being heard. 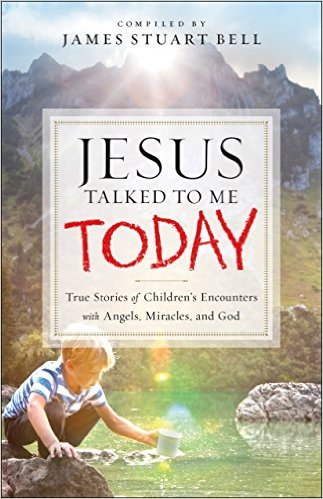 I'm a contributing author of Jesus Talked to Me Today, available at Amazon.com and Barnes & Noble.