Since my children are grown and my grandchildren weren’t in the kitchen spying on me, I broke open two old fortune cookies and chowed them down. They weren’t that great, but I did find a use for the inserted fortune.

My husband was in his shop working on the knives he plans to show at the Oregon Knife Show in a few weeks, a pursuit that’s eaten up many of his weekends the past several months and an hour or two most evenings after work. I hatched a plot to make him grin.

Jerry has tremendous powers of concentration, his ability to stay focused unmatched by anyone I know. That’s why, when I have something important to say, I take my time meandering through the prequel, explanations and back stories until his mind has released its grip on what he’s got in front of him. This makes him feel useful, you see, because now he can help me get to the point. 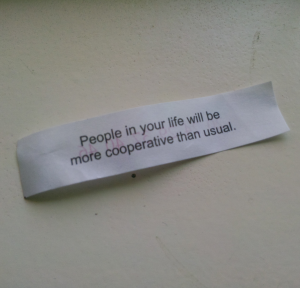 I changed my tactic.

Sitting on his stool stitching a sheath for his newest knife, I leaned against his shoulder like I do when admiring his craft. Sweetly, I offered, “When you sell a bunch of your knives at the show next month, let’s use the money to buy tickets to Hawaii.”

A few decades ago we boasted that we didn’t feel the draw to visit Hawaii like so many other Oregonians have. But opinions can change, right?

Are we going to Hawaii?

I laid the slip of paper from the fortune cookie on his work bench, which read, People in your life will be more cooperative than usual.

When he’d read it I said, “I just wanted to see if this is true.”

It only took him a moment and he busted up laughing, eyes sparkling.

It surprised me that it tickled him like it did. Maybe I should always approach him with fewer words. It might make him even more cooperative.

Kathy Sheldon Davis, contributing author of Jesus Talked to Me Today and a finalist for the Oregon Christian Writers Cascade award, lives with her husband, Jerry, in Oregon's fertile Willamette Valley. Kathy enjoys mentoring and editing for other writers, making strangers into friends, and celebrating holidays with her extended family. She has written for Pathways—Moments with God since 2016 and posts devotionals on her blog at kathysheldondavis.com . 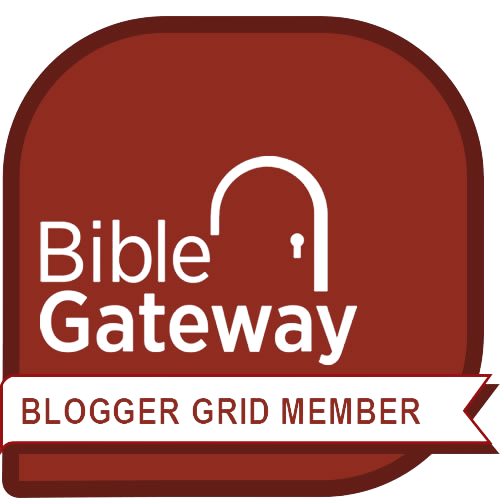